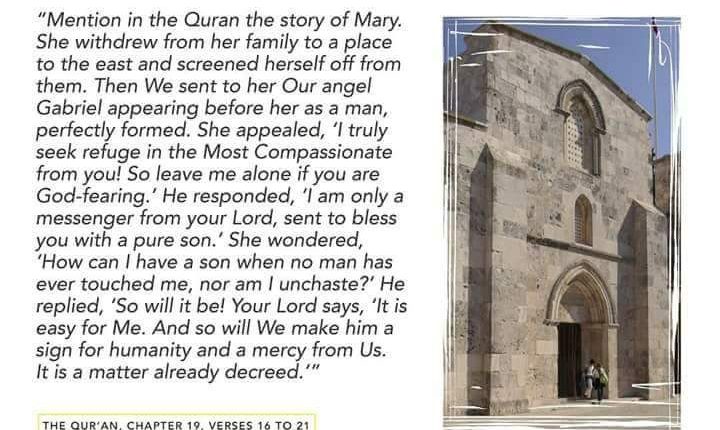 It is through the central figure of Prophet Jesus (peace be upon him) that Prophet Abraham is given prominence in the Christian tradition.

According to the Catholic Encyclopedia Volume 1 (1999, Kevin Knight, online version), in the New Testament, the generation of Jesus Christ is traced back to Abraham by St. Matthew.

Similarly, as the New Testament traces Prophet Jesus’ descent of Jesus to Prophet Abraham, it does the same of all Jews in terms of “carnal” descent.

However, in the New Testament, it is not this carnal descent from Abraham to which importance is attached but importance is placed on practicing the virtues attributed to Abraham in Genesis. Thus in John, 8, the Jews say (33): “We are the seed of Abraham”, and Jesus replies (39): “If ye be the children of Abraham, do the works of Abraham”.

The Catholic Encyclopedia also notes that Prophet Abraham may considered the source of Old Testament religion. From the days of Prophet Abraham, men were accustomed to speaking of God as the God of Abraham, while Prophet Abraham is not found referring in a similar way to anyone preceding him 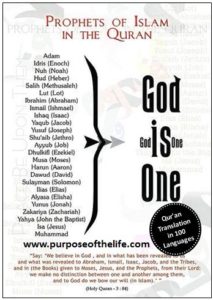 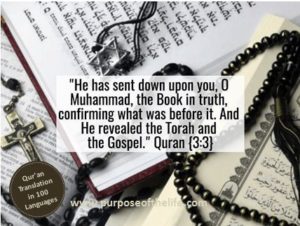 According to the A Concise Encyclopedia of Christianity by Geoffrey Parrinder

(Oneworld Publications 1998), Abraham is a great Hebrew patriarch and is considered the common spiritual father of the Abrahamic religions: Judaism, Christianity and Islam.

Jesus A Prophet of God 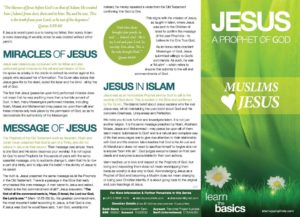 Paul wrote of all those who have faith being children of Abraham (Gal. 3:7). Prophet Abraham’s faith and example is cited by many Christian authors.

Christians believe God first gave Abraham a son through a bond woman named Hagar. This son was named Ishmael. God gave him a second son from his barren wife Sarah. He was named Isaac.

According to Christian tradition, God asked Abraham to sacrifice his son Isaac “to prove that he was ‘worthy of becoming the father of a mighty nation, which would be as numerous as the stars in the sky or the grains of sand on the seashore'” 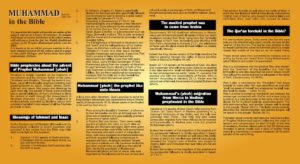 Christianity and Jesus – An Islamic Perspective

Prophet Muhammad(pbuh) in The BIBLE

Who was Jesus (pbuh)?